This is about Ingmar and Sem.
Two creatives who love stories.

Together they give brands the big picture.
In that sense they’re like a consultancy.
But without spreadsheets. They’re way too impatient for those.
They give you a Why, and make it look like a Wow.

Though united professionally, they’re quite unlike
each other in everything else.
Ingmar is also an entrepreneur, Sem a filmmaker.
Ingmar is a father, Sem is not.
Ingmar wears shirts, Sem wears T-shirts.
Those different backgrounds are a winning combination.

Both have worked at several agencies, big and small.
That can also be said for the clients they’ve worked for.
They range from the likes of Asics, Interpolis, Albert Heijn and Bol.com to FEBO and Protest.

Ingmar publishes children’s’ books, and Sem acts in his own youtube sketch show. By now both guys are experts in ‘having coffee.’ Virtually too!

When they’re not working for This, Sem directs vegan cooking shows
and other weird stuff. Ingmar makes No-Phones. 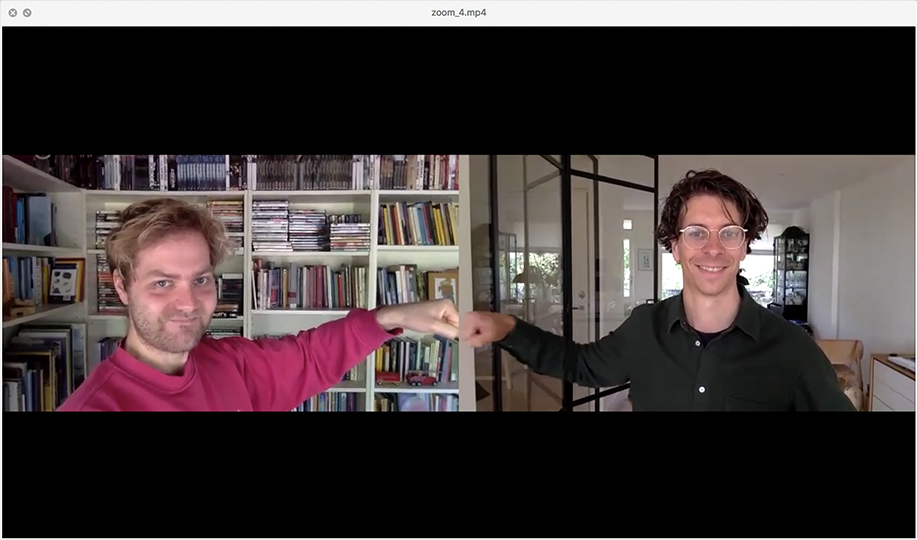